Moab, the Disney World of outdoor activities, is also home to Arches National Park. I spent a day and half exploring the park this fall on my road trip to the West Coast. Known as the Red Rock Wonderland, Arches offers over 2,000 arches and rock formations throughout the park. Many of the trails in Arches are short and easy to moderate in difficulty with a few trail that are hard.

As a park located in the desert, there are just as man living organisms and plant life to marvel at as rock formations including ephemeral pools known as potholes. Temperatures can get pretty high, so remember take plenty of water on any hikes. Arches recommends carrying at least a liter of water for every three miles. There are park rangers stationed at trailheads to provide hikers a friendly reminder of this!

Getting in and out of the park requires some patience as traffic can be heavy at times. The park has a traffic cam, which visitors can use to plan their visit.

The hike to Utah’s most famous arch, the Delicate Arch is a moderate 3 mile hike. The hike begins near an old ranch, the Wolf Ranch. There’s a small shack but it’s not open for exploration. A short distance from the ranch, there’s a small side trail which will lead to a well preserved Ute Indian petroglyph, which depicts a man on a horse surrounded by big-horn sheep and dog-like creatures. It’s believed the carving was made some time between 1650 and 1850.

Just past this point, the trail begins to climb on a paved path before turning to a dirt trail.  It flattens a little bit before the trail climbs on a slick rock face. At this point, there are cairns to mark the trail. At the top of the rock face, the trail flattens and becomes sandy. The final part of the trail is a short and narrow rock ledge.

This trail is exposed and offers little to no shade. It’s best to hike close to a sunrise or sunset to get some relief from the heat but also to experience the magical colors the rock turn as the sun hits them!

Located in the Windows section of the park, the Double Arch, is another iconic arch to visit in this park! Because the two arches share a foundation, it’s known as the double arch. This is a short walk from the parking area – you can either take some stairs or walk down the paved road to the trail head, which is a flat, sandy half-mile long trail. The larger of the two arches is the tallest and third widest arch in the park.

The arches provide some shade, if you need a break from the heat. Walking and exploring the arches is fun and provide many opportunities for dramatic photos. It’s best to visit this arch early in the morning when you can watch the sun rise through the arches!

The largest arch in the world is only a 1.9 mile out and back hike in the Devil’s Garden area which features the largest collection of arches in one area. The slender arch held by two pillars on the sides is surrounded by a lush green garden, which contrasts strikingly against the red earth of the arch. The trail is flat but sandy for the last quarter mile. Large chunks of the arch have fallen off, including a massive slab fall in 1991 which led the trail beneath the arch to close. Today, you can view the arch from a quarter mile away.

If you want to make the hike longer, the trail continues to the Double O arch, which is one more steep mile away. To see all seven arches in the Devil’s Garden area, consider the 7.5 mile loop hike on the Primitive Trail, which considered difficult especially in the heat.

Follow the road just past the Balanced rock to get to the windows area of Arches National Park. This area features several unique arches including the Double Arches. Across from the parking lot, walk a short flat trail to the Windows Arches which are two side-by-side arches separate by a short distance.

There’s plenty to explore in this area, including catching the perfect sunset and the rising moon through the windows!

Arches National Park does not have a hotel within park grounds and has one campground, the Devil’s Garden Campground. Reservations for standard camp sites between March and October opens six month in advance and fill up within a day. The campground is first-come, first-serve between November and February.

Campground has individual and group sites. While the campground doesn’t have a dump station, there is portable water and flush toilets. Each individual site is $25 and the price for group sites varies by location.

There are several campgrounds and hotels in Moab, including the Dead Horse Point State Park which has several moderately priced campgrounds with modern amenities. 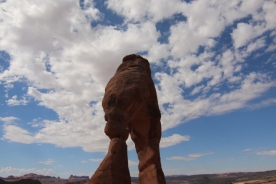 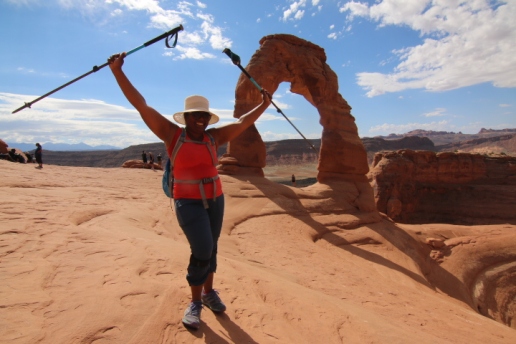 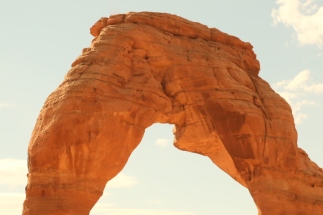 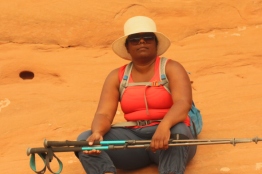 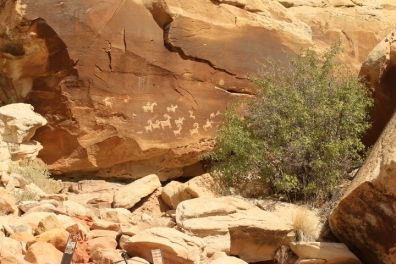 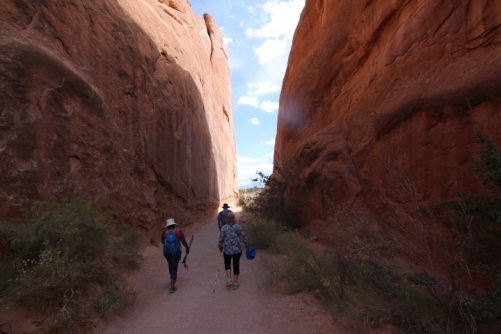 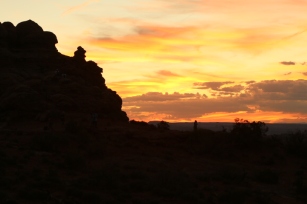 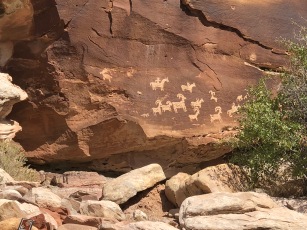 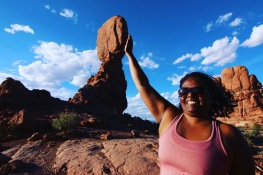